STAFF AND BOARD OF DIRECTORS 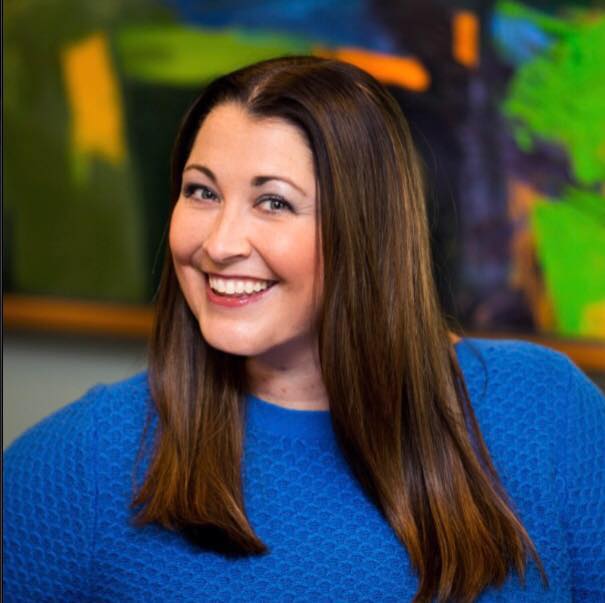 Missy (Rogers) Angolia was born and raised in Danville, and is graduate of Boyle County High School. She received her BA in English from Bellarmine University. After stints in Louisville and Knoxville, she moved back to Danville in 2011 and became the Events Coordinator at The Heart of Danville Main Street Program. While there, she worked closely with the GABBF staff, and even helped create and implement Bayou and Brass. She was also the festival’s alcohol manager in 2018. Missy joined the GABBF team in the fall of 2019 as Assistant Director, and took over as the Exeutive Director in August 2020. She lives in Danville with her husband, Brian, and their daughter, Maddy. 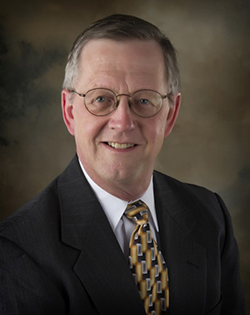 Dr. John Stroube is the Executive Director of the Kentucky Music Educators Association. Prior to his current appointment, he was the KMEA Associate Director, before which he was the interim Assistant Director of Bands at the University of Louisiana at Monroe. Dr. Stroube was awarded a DMA in conducting and pedagogy at the University of Southern Mississippi in 2004 where he studied with Dr. Tom Fraschillo. While at U.S.M. he served as a graduate assistant for the University Bands, and was also the Executive Administrator for the National Band Association, bearing responsibility for the daily operations of that organization’s national office. He has been the music director for the Great American Brass Band Festival for several years. 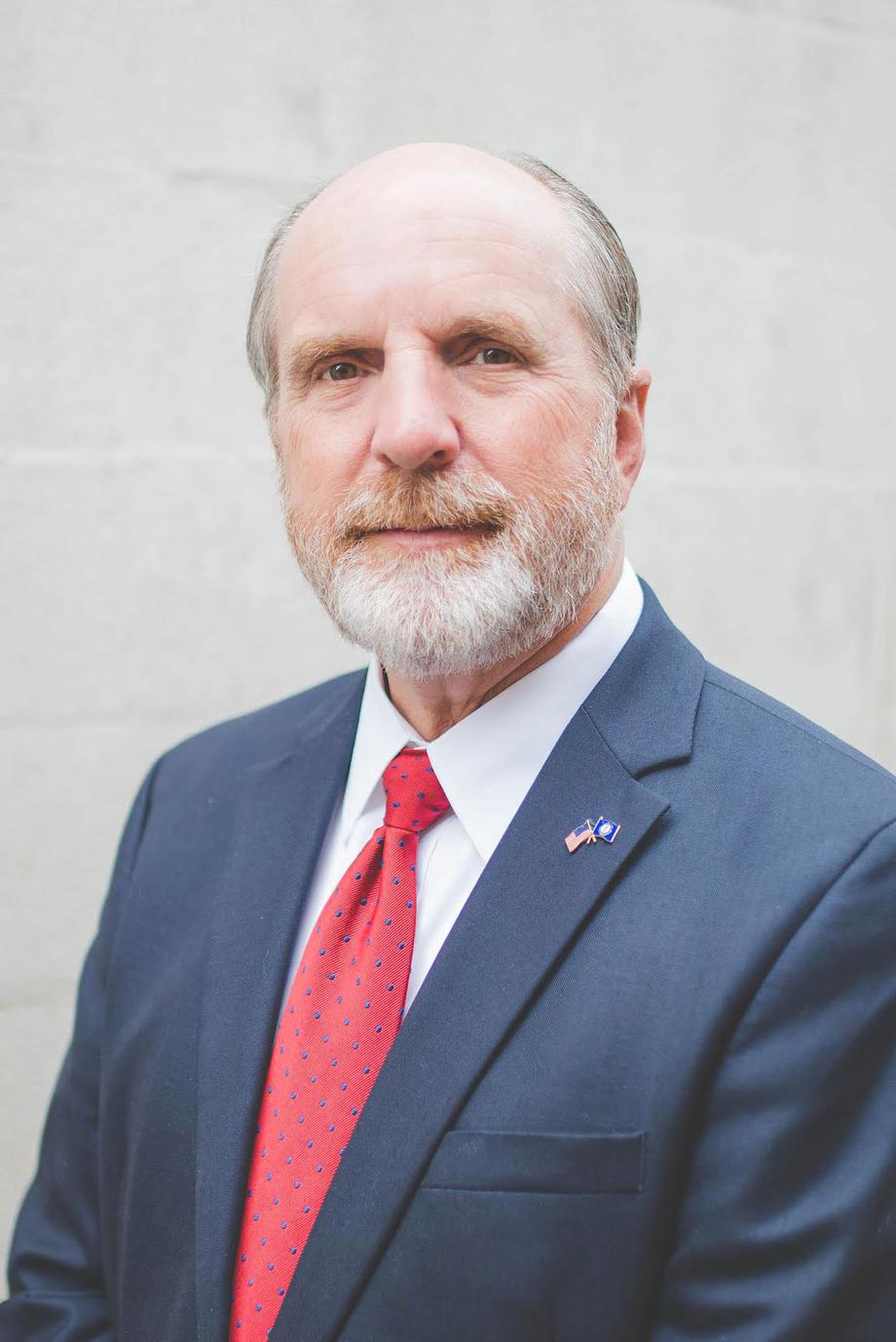 Chairman of the Board

Tom was a financial advisor with Edward Jones Investments from April 2001 to December 2009 and also acted as Group Leader, Mentor, and Field Trainer. Tom has lived in Danville, Kentucky for over 20 years with wife, Lynn. He and Lynn have two children, Adam and Alexandra. Tom received a BS Degree in Accounting from Cumberland College and MBA from Eastern Kentucky University. He holds Accredited Asset Management Specialist (AAMS) designation and Certified Financial Planner™ (CFP®) designation. Tom has been involved with the Festival as a board member and volunteer for many years. 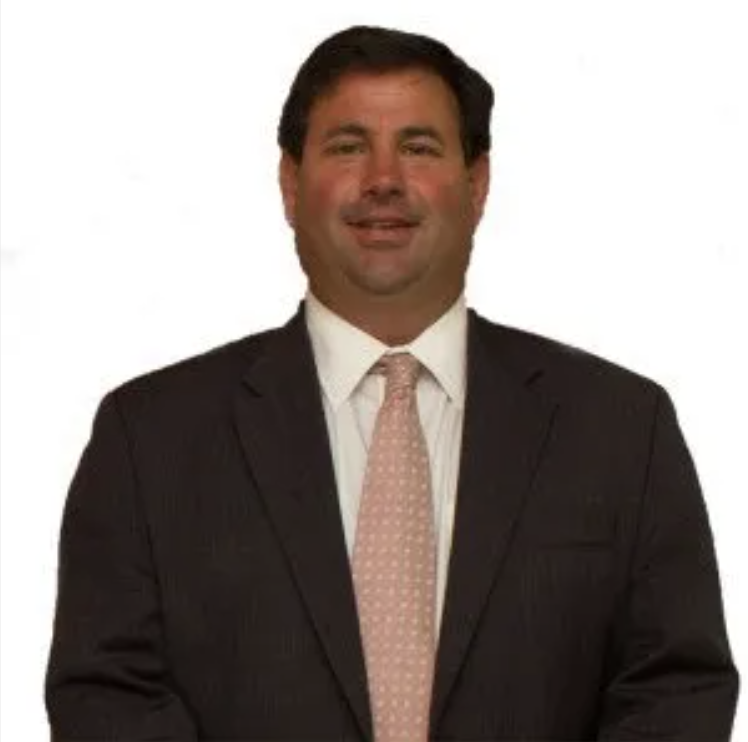 Vice-Chairman of the Board, Past President

Patrick is a native to Danville and local attorney who primarily handles cases regarding Criminal and Family Law in the firm of McClure, McClure & Bailey. He and his wife Jenny have two boys and both enjoy their involvement with the Festival. Patrick has been a part of the festival since 1990, assisting with everything from parking, to transportation, to band hosting, at the direction of his Aunt Nancy Caudill who was a driving force in the creation of the GABBF. Jenny moved to Danville when they got married in 2006, and fell in love with the festival her first day. She has helped coordinate the Bayou and Brass event since its inception. Patrick remains committed to the future of the Festival. 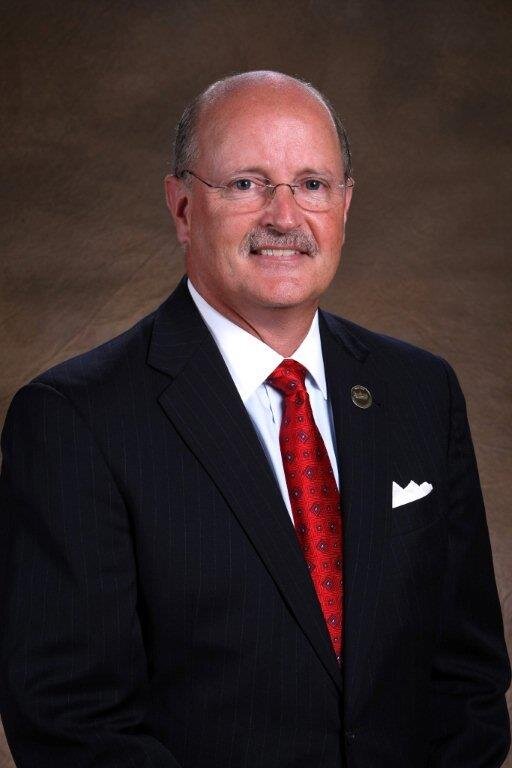 Treasurer of the Board

Mr. Caudill is CEO of Farmers National Bank in Danville. He began his banking career in 1979 at what was then Second National Bank in Lexington (now PNC). He has been with his current employer since 1981 in various roles including Head of Lending until 2002 when he became President & CEO. He attended Transylvania University and is a graduate of the University of Kentucky. He is also a graduate of the Kentucky School of Banking and the Graduate School of Banking at L.S.U., where he formerly served as a member of the Board of Trustees. He is one of two Kentucky member directors on the board of the Federal Home Loan Bank of Cincinnati. He is a member of the Board of Trustees of Centre College where he chairs the Audit Committee. Mr. Caudill is the former Chairman of the Board of Ephraim McDowell Regional Medical Center. Additionally, he serves as Vice Chair of the Boyle Co. Industrial Foundation and is a member of the board of Bluegrass Tomorrow, a regional planning organization. He and his wife, Melissa have been married for 35 years and have three children.

Edward Ellis, MEd. is a four decade-plus resident of Danville. Currently, he is on hiatus from his work as a psychotherapist. He is the husband/sherpa of Lydia D. Ellis. He executes his passion for supporting the Arts through his work as the Secretary/Treasurer of the not-for-profit Direct Experience in Artistic Living, Inc. (D.E.A.L., Inc). While holding membership on the Board of Directors for GABBF, he also is a member of the Steering Committee for the Fort Harrod Jazz Festival (FHJF).

He has an extensive professional background in planning, consulting, business facilitation, research, education, and teaching. He had a twenty-year career as a professional librarian (MSLS) prior to becoming a psychotherapist. He was a state licensed and nationally certified EMT for over fifteen years. He was a small business owner before becoming the national recruiter of volunteers for a Christian social service agency based in Appalachia. His only personal regret is after being admitted as a doctoral candidate (Educational Policy Studies and Evaluation: Higher Education), he left the program ABD. 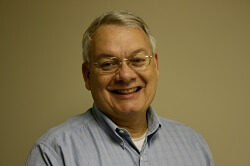 John is the President of Caldwell Stone, a local business, and has been a key volunteer from the Festival’s beginning. John stepped forward to lead GABBF when George Foreman stepped down in 2005. John was inducted into the Hall of Fame for GABBF in 2011. His ongoing mission is to maintain the highest quality Festival and to enhance audience experience by evaluating every aspect and continuing to upgrade staging and sound equipment. John has been a Festival volunteer and member of the board for many years. 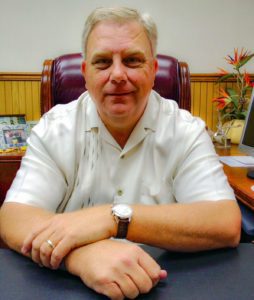 Bill Bandy (left) is no stranger to the Brass Band Festival, serving as Executive Director for the past 2 years. “As part of a strategic plan to transition from my previous role as Executive Director, I am looking forward to my new role as a board member with great enthusiasm,” Bandy said. “As a Danville native, musician and business executive, I have been humbled and proud to be a part of this wonderful organization.”

Bandy is a graduate of Danville High School, where he was a member of the DHS Admiral Band under Bill Gravely. After 45 years in the corporate world, he and his wife, Kathy, returned to Danville where he became Executive Director of the festival 2 years ago. Upon his return, he also reunited with local musicians as the trombonist in the band, PowerPlay, ROCK “N” SOUL WITH HORNS, which he was a founding member in 1974. Bandy also lends his musicianship to the Advocate Brass band, one of the core performing groups at every Brass Band Festival. 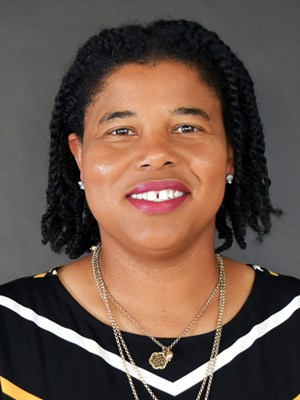 Jessica Chisley is the Assistant Director of Student Diversity & Inclusion Programming and a Posse Mentor at Centre College. Prior to beginning her work in the ODI office, she coached for 16-years with the Women’s Soccer program where she was promoted to Associate Head Coach in 2015. As well, during her time with Centre Athletics, she served in various roles including assistant coach within both the Women’s Basketball & Women’s Lacrosse programs, Assistant Director of the Buck Fitness Center, and served as a Communications Assistant for the Athletics Communications office. Jessica is a 2004 graduate of Centre College, where she received her B.A. in music and has been part of several local bands here in Danville. 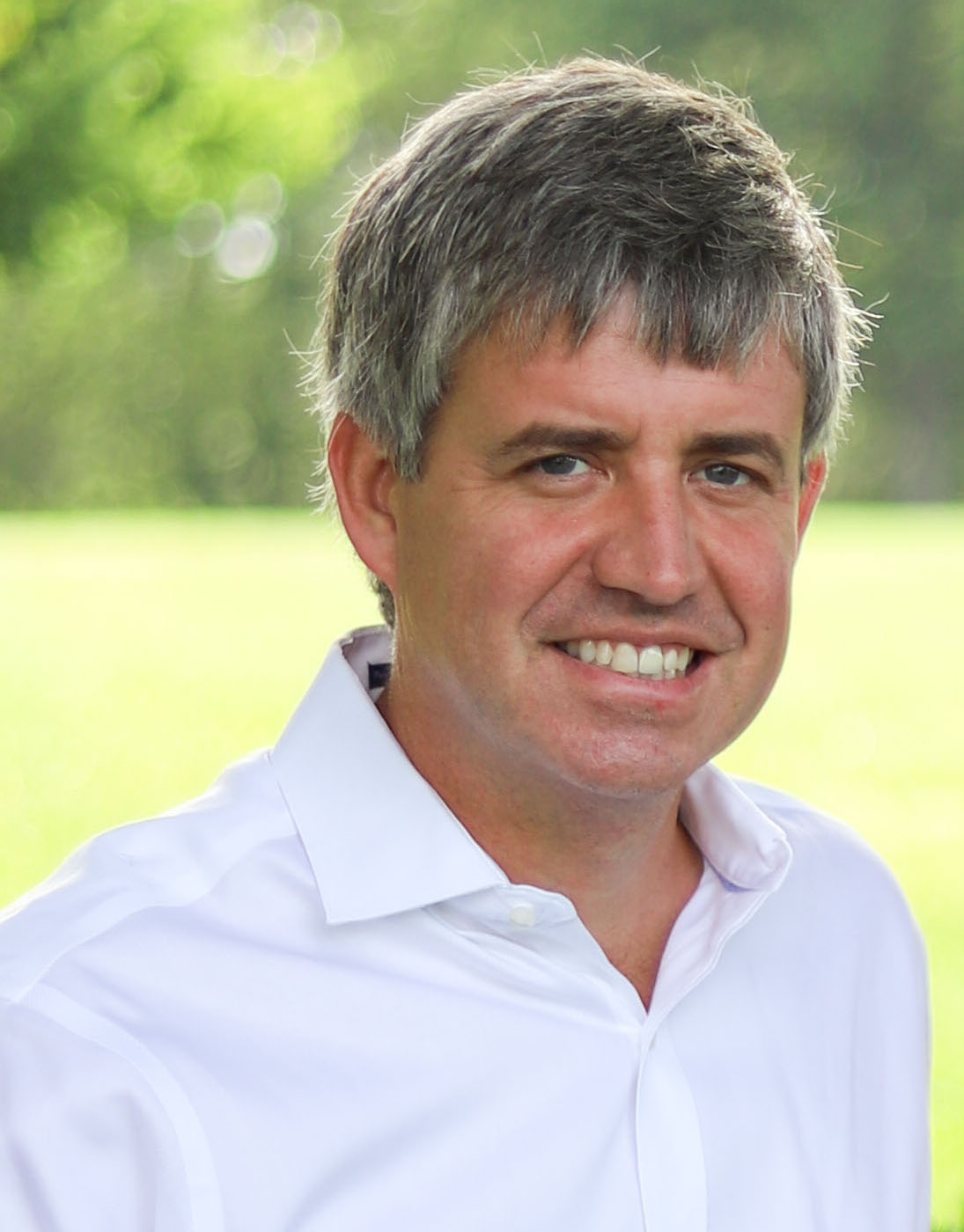 John Frey serves as the operator and partial owner of WFL Management, a Danville based Papa John’s franchise. He joined WFL in June 2003 after graduating from Presbyterian College in Clinton, South Carolina and oversees the Danville, Harrodsburg and Lawrenceburg operations along with the 10 Virginia-based stores. A native of Danville, Kentucky, Frey is a graduate of Danville High School and is actively engaged in the community as a member of the Danville Country Club and has spent many years volunteering as a “Band Buddy” during the Great American Brass Band Festival. John hopes to bring his experience from working on high-profile events like the Vice Presidential Debate at Centre College and the Kentucky State Barbeque Festival. John and his wife, Jenny, have two children, Rhodes and Tallie.

Tony is a Danville native and a graduate from Danville High School. He has been the Chief of the Danville Police Department since 2012. In his spare time, Tony enjoys being a basketball official. He has two children. Tony has had a long relationship with the Festival in his role as police chief. 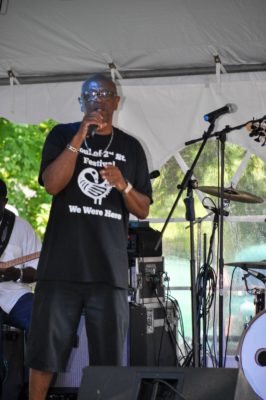 Michael Hughes is a graduate of Danville High School, served in the Marine Corps and is a Vietnam veteran. He previously worked at ATR and Redwing Shoe for over 23 years. He has worked as an entertainer for over 50 years as a DJ and front man, currently serving as leader of the R&B group, Soul Revue. As a historian, he was instrumental in the forming of the Danville- Boyle County African American Historical Society in 2013. In 2014, Hughes teamed with the Heart of Danville to create the Awarding-Winning Soul of 2nd Street Festival. Incredibly involved in the community, Michael also serves on several other boards including The Pioneer Playhouse, The Danville Education Foundation, the Heart of Danville, and was on the Library’s private board and District board. 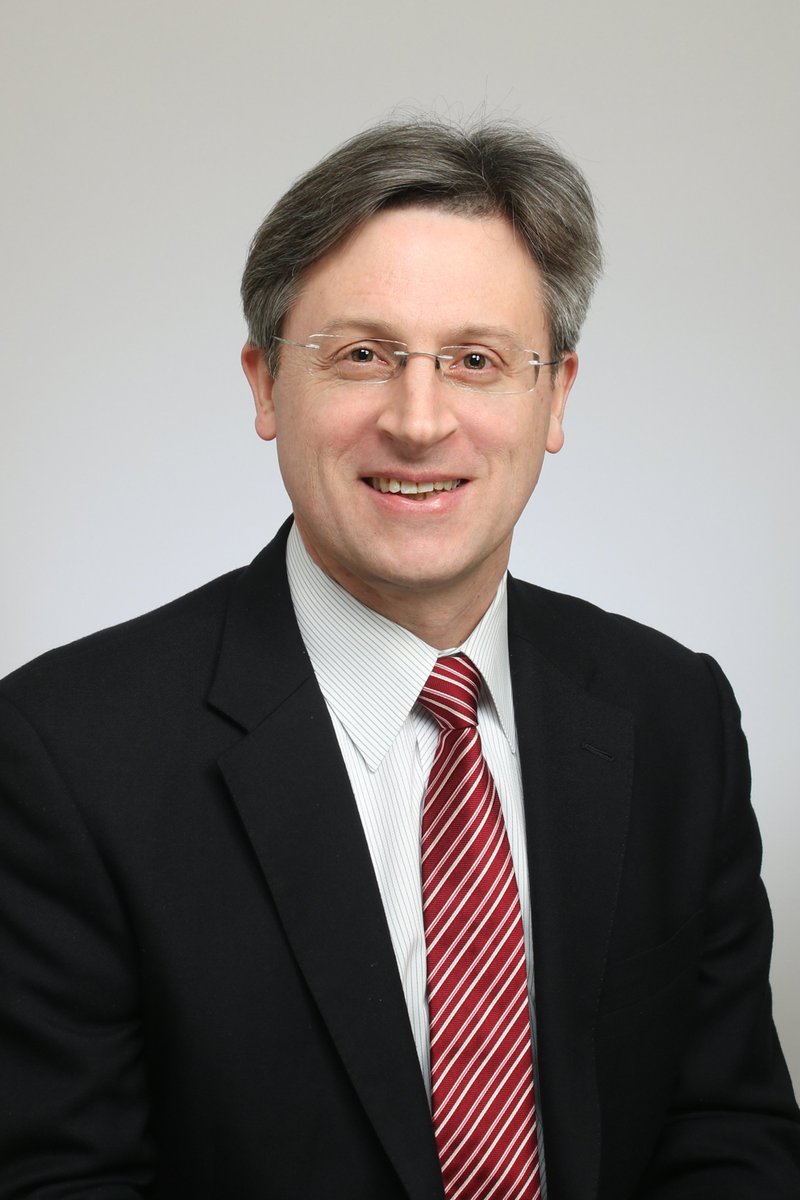 Robert Schalkoff is currently the Director of the Lincoln Scholars Program at Centre College. Previously, he was a faculty member and director of international education at Yamaguchi Prefectural University in Yamaguchi, Japan, where he lived for over 25 years.

Robert is fluent in Japanese and has also worked as a commentator and translator/interpreter of Japanese culture, literature and traditional Japanese arts and crafts for museums, educational institutions and public television in Japan.

As an undergraduate, Robert was a music education major. He played trumpet, euphonium, and was drum major for the marching band in both high school and college. Although he hasn’t played in years, he’s very excited to be a part of the GABBF as a member of the executive committee. Robert lives in Danville with his wife, Mayumi, their daughter and the family’s cat.